Posted on November 13, 2020 By Nauman Jaffar In Articles 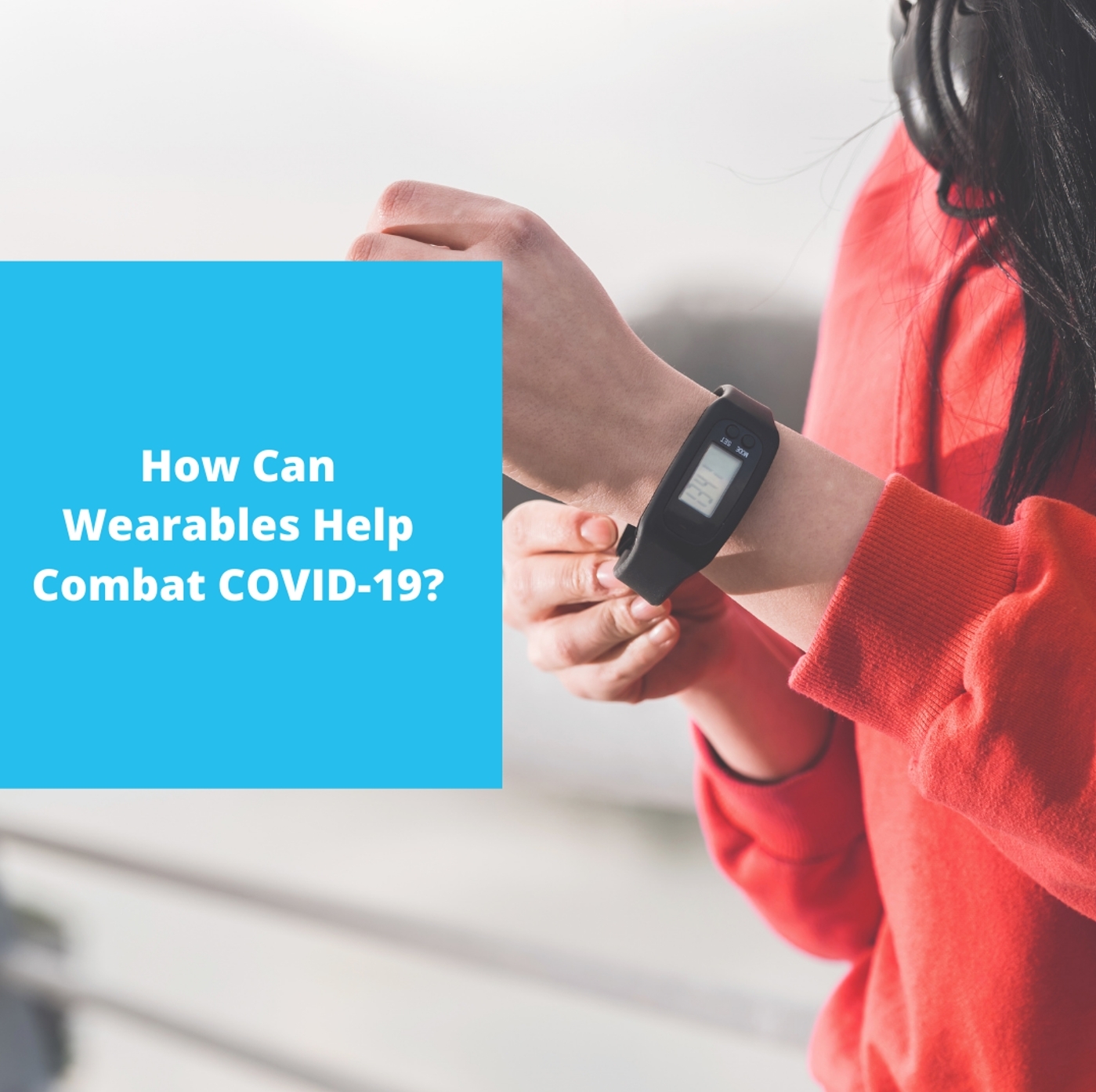 At SenSights.AI we have developed and is now commercially available a unique algorithm that can detect the risk of COVID19 a few days before symptoms setout – this is validated by a study at Stanford Health with 1000+ COVID patients stating that resting heart rate and heart rate variability (HRV) are all useful metrics for indicating the onset of illness and are best tracked at night when the body is at rest.

Fitbit has grown from a small startup to becoming a multibillion dollar company. It was thirteen years into their inception, that Fitbit launched their first wearable. Later, Google acquired Fitbit Inc for a whopping $2.1 billion to gain a competitive edge and penetrate the wearables and consumer health market which it recognized as the next big thing. During an interview with CEO and co-founder James Park, he mentioned that over 500,000 users had subscribed to the health and fitness services the company had to offer and spoke about the challenges they would face as they advance further in the market.

Fitbit commenced in 2007 when two friends James Park and Eric Friedman, seized an opportunity to assemble wearable devices that trace every footstep and count your calories burned and consumed in a day whilst achieving exercise milestones. The idea was to get its users to walk a minimum of 10,000 steps a day which was popularized by Japanese doctors as the fountain of eternal youth. With these features every Fitbit user would now be enabled to keep a tab on their fitness levels. The visual data provided by the Fitbit device keeps an individual motivated to make healthier choices and reach their goal. The activity tracker is a constant reminder to either burn your calories while going for a run or to hit the gym. Choosing fitness over everything else becomes a way of life, networking increases with like-minded social groups who have a mutual health goal to be achieved. A fruitful social life boosts your mental health whilst reducing ones anxiety and stress.

The company later faced a financial crunch  laying off six percent of its workforce globally after significant acquisitions because of the Covid-19 Pandemic. They, however, managed to survive this crunch and coming out as one amongst the top five global wearable makers as the pandemic cut through their competition. Despite financial difficulties and downsizing of the workforce, there was an increase of global shipments of wearable devices by 29.7 percent compared to the same period in 2019, as per the International Data Corporation’s (IDC) Worldwide Quarterly Wearable Device Tracker.

With the market giants like Samsung, Google, and Apple now trying to be diverse and compete in this space the competition has grown tougher for Fitbit. While these companies have tried different methods, Fitbit was engaged mostly in the fitness and wellbeing division, with their distinguished smartwatches-such as the well-known and unique Versa and Versa 2. They learned from their past mistakes and were driven towards features of the services and software of its products.

Fitbit Inc. launched the first fitness wearable tracker. After thirteen years, the consumers have increasingly higher expectations from these fitness tracking devices to monitor blood oxygen levels to sleeping patterns. Since Fitbit Inc focused on health and fitness, their devices have transformed into more sophisticated and technical instruments over the years. During an interview, CEO James Park stated that he is optimistic that the Fitbit devices will detect covid-19 or influenza before wearers’ symptoms even appear. Fitbit’s strategy for the future would revolve around health and fitness innovations. Fitbit plans to spread awareness among the masses to invest in tools like connected thermometers, which acts as an early warning and detection system for spreading illness. Companies making devices like Kinsa Health has been able to track the coronavirus in real-time, which had been burdensome, given the evolving nature and lack of testing for the disease.

Earlier this year, Stanford Medicine Healthcare Innovations Lab, in collaboration with Scripps Research Translational Institute and Fitbit, aimed at building an algorithm to assess COVID-19 tracking abilities with the help of the collection of data via wearables like heart rate, blood oxygen saturation, and skin temperature can be effective to predict the onset of an infectious disease a day or two before the development of symptoms with 70 percent specificity. Consumer devices now have a huge role to play, which is unprecedented in monitoring the covid-19 underlying symptoms and further substantiating the technology and anticipating engaging with the appropriate regulators worldwide to establish the best path to bring this to consumers.

Fitbit CEO James Park’s optimism about recent findings in a trial of over 100,000 people seen with influenza detection adds to earlier success. This means a profound impact could be had on public health’s ability in conjunction with regular testing and affect the transmission of the disease. As we navigate through the pandemic, this could help companies manage the productivity impact on their employees. The only way to fast track the technology is through emergency use authorization as the technology is still pending regulatory approval. It is a rigorous process backed by tons of data through trials to which the United States Food and Drug Administration (FDA) has been very receptive to data-driven proposals.

The Covid-19 pandemic has emphasized the significance of living a healthy lifestyle, and Fitbit’s mission to maintain their fitness levels and wellbeing has never been given more importance. The diligent Fitbit research team has been striving to make a difference by working on early disease detection and predictive modeling to contain the rise of COVID 19 since the global health crisis began. In May, more than 100,000 users of Fitbit across the U.S. and Canada have enrolled in just over two months to report the symptoms they experienced and provide demographic data such as age, sex, body mass index, and relevant medical background information.

From Fitbit Inc’s ongoing study in August, based on the findings, it is very useful if Fitbit users realize who are susceptible and can transmit the virus before their symptoms are exhibited. They can get tested sooner and quarantine themselves more momentarily to alleviate the transmission of COVID-19. As per the Fitbit study, useful metrics are breathing rate, resting heart rate, and heart rate variability (HRV) to signify the beginning of any illness, which provides the most accurate results at night when we are sleeping. Heart rate variability is how each heartbeat varies; the heartbeat of people drop who display symptoms of any acute illness, whereas healthy people have an elevated heart rate.

Symptoms and Severity of COVID-19 Outlined

During the Fitbit study, they garnered some insight into severe and common symptoms and how long the illness would last or if hospitalization would be required. Public health officials and researchers have observed some factors; for example, severe outcomes have occurred with the elderly or males with higher Body Mass Index (BMI). People who have acute symptoms, i.e., shortness of breath or vomiting due to COVID-19, are most likely to be hospitalized.

Those who were self-isolated at home were mild cases who depicted a median duration of 8 days while moderate cases last a week longer. Those participants recovered at home with assistance from others with a median duration of 8 days. The illness lasted for about 24 days, with severe cases that ended up requiring hospitalization due to criticality.

Lastly, it is quite evident that our bodies begin to indicate preliminary signs of the disease before more noticeable symptoms develop. However, this will deduct the spread of the disease if we are cautious in our approach.

A Fitbit fitness tracker can be used in some Remote Patient Monitoring programs, as reported by researchers at Cedars-Sinai Medical Center and UCLA. Over a 90-day study, high adherence and low attrition rates were recorded, and trends could be assessed from the Fitbit could be used to identify trends that call for clinical intervention. This year, Los Angeles-based Cedars-Sinai, one of the more active researchers of consumer-grade wearables, issued a report that discovered that the mobile health device market had not yet proven its reliability enough for RPM programs. According to the Journal of the American Medical Informatics Association reports findings that Fitbit can help medical providers monitor their patients at home.

About 200 patients diagnosed with Ischemic Heart Disease (IHD) were recruited and had to wear Fitbit Charge 2 trackers for 90 days. 186 patients out of the 200 at the end of the period who were still in the program had an adherence rate of 90 percent, considerably higher than those reported previously reported in tele monitoring studies using similar monitoring periods. Clinicians can get a real-time glimpse to spot dangerous trends and intervene while monitoring these patient’s health and physical function. Targeting people with heart ailments like IHD is a useful function in Remote Patient Monitoring programs.

The number of patients ready for RPM is rising rapidly as revealed by a recent report by Pew Research Center, approximately twenty percent of Americans are using a fitness tracker or smartwatch to monitor their fitness levels regularly. Patients are not ready but, however, expecting Remote Patient Monitoring nowadays.

In this day and age, where everyone is connected digitally, even some senior citizens who are considered technophobic, remote patient monitoring (RPM) technologies and connected health devices operate conjointly. During the current Covid-19 pandemic, RPM and health wearable devices are critical now than ever. They allow clinicians to observe and monitor Covid-19 patients without coming in contact with them, hence trying to prevent the coronavirus from spreading.

SenSights Tablet for Seniors – Designed with seniors in mind—the innovative solution comes with features for connecting with loved ones, without the complicated features of tablets. The large buttons and intuitive interface make it, a simple tablet for seniors who are keen on 24/7 wellness monitoring, video chatting and sharing their health metrics with family and caregivers. The solution includes: